I came across this 19th century railroad bridge while driving along the White River in Vermont. The immense cement bases and heavy ironwork of the tracks were striking, and appeared ancient, colossal, and impressive in the bright summer sun. Wading into the river, I painted the scene, and returned two more times over the course of a week to paint more.

In 1887 the bridge was the site of a Disastrous Train Wreck, the worst rail disaster in Vermont history, when the rear cars of the Montreal Express fell off the tracks and burst into flames, destroying the train and the bridge. The massive cement piers at the base survived, and were incorporated in the replacement. 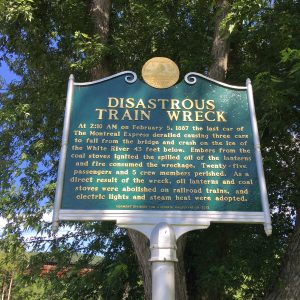 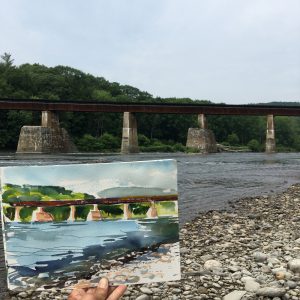 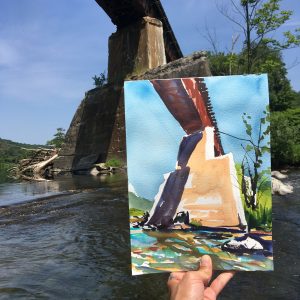 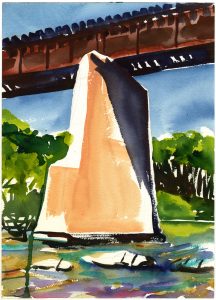 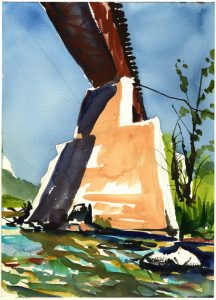 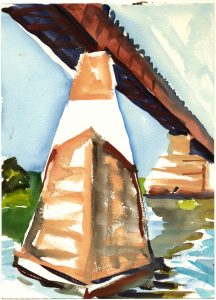 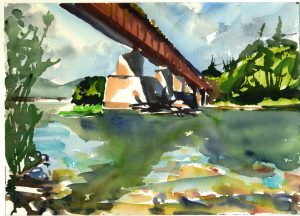 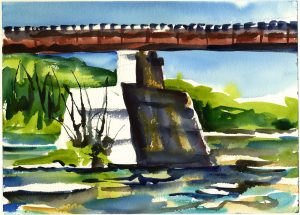 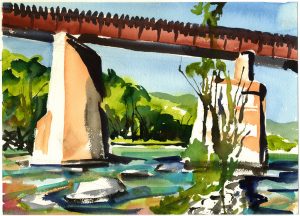 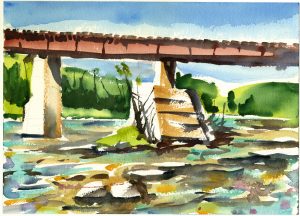 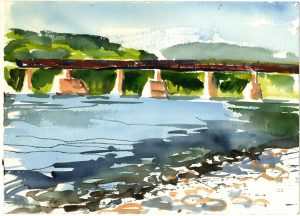 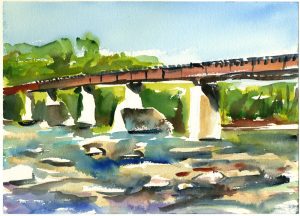